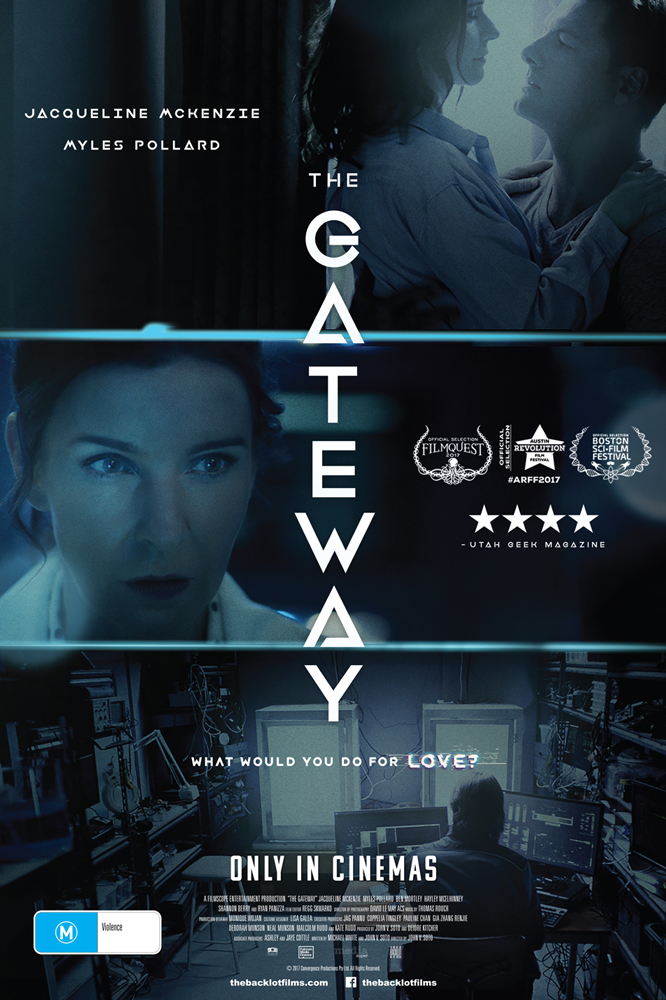 Physicist and researcher Jane Chandler (Jacqueline McKenzie) is happily married to writer, Matt (Myles Pollard). They have two kids, Jake and Samantha. Jane has her own lab and together with her assistant, Regg, they experiment with matter teleportation. Later, tragedy strikes: Matt is killed in a car crash. Grieving, Jane falls to pieces. But a few weeks later comes a ray of hope. Using her revolutionary teleportation machine Jane finds a way to travel to a parallel world where she finds an ‘alternate version’ of Matt. But this version of her deceased husband reveals himself to be a very different man. A soldier, he carries a strange, deadly weapon and has a temper that can erupt at any moment. It soon becomes clear that she has made a terrible mistake and now she must find a way to defeat him and save her family.