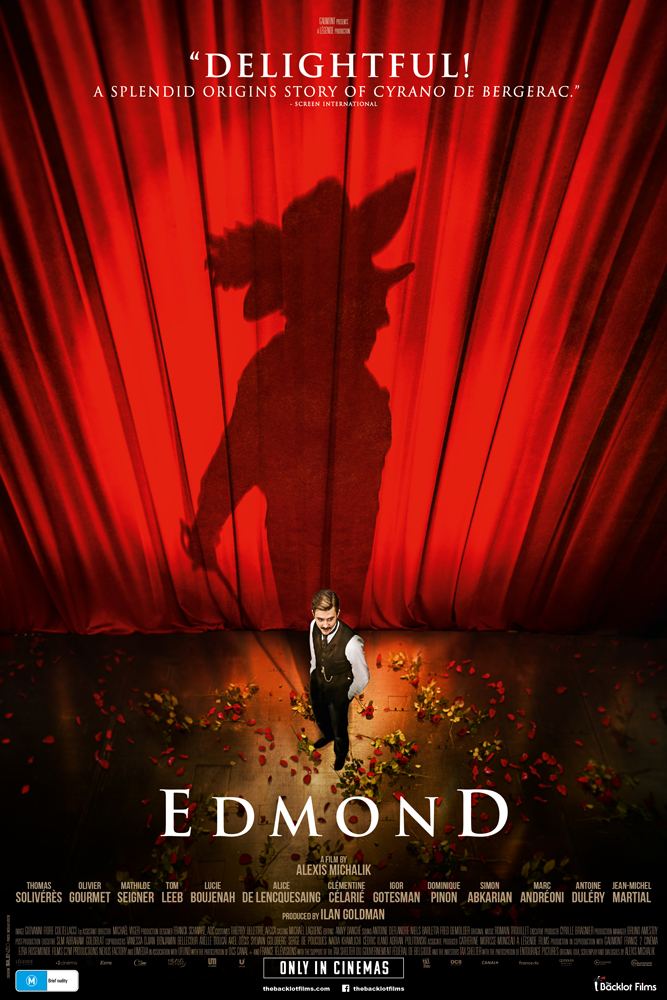 1897, Paris in the `Belle Epoque'. Edmond Rostand is a playwright of potential genius. Unfortunately, all he has written until now has been a flop. He is paralysed by the sight of a blank page and his inspiration has dried up. Thanks to his admirer Sarah Bernhardt, he is approached by the greatest actor of the day, Constant Coquelin, who absolutely insists on playing in his next play. And he wants to premiere it in three weeks! The only problem: Edmond has not yet written it, and has no idea what story he will tell. All he knows is its title: Cyrano de Bergerac.