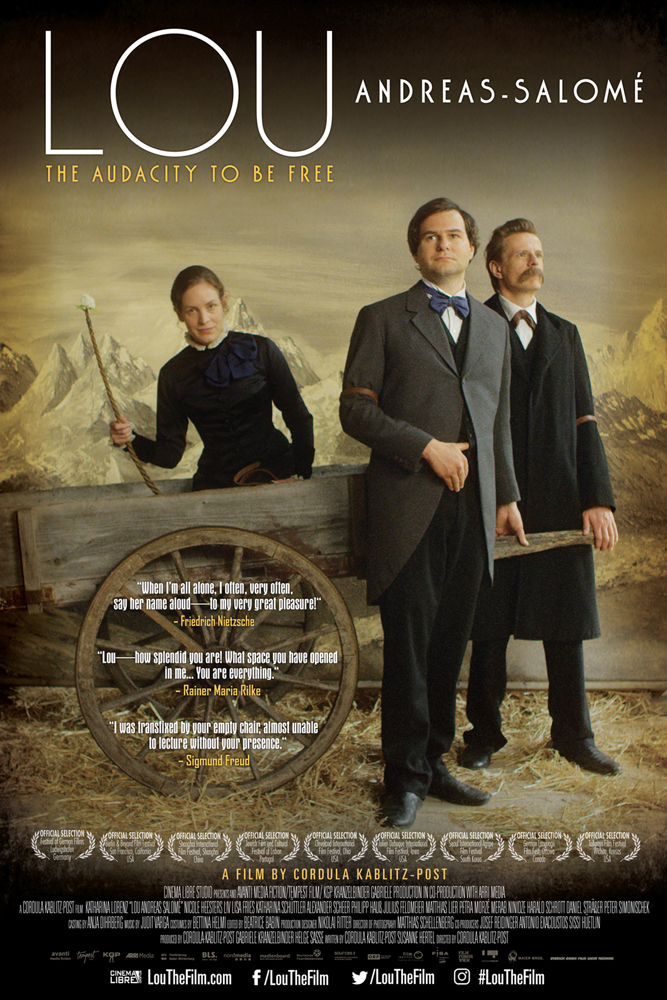 Lou Andreas-Salomé, The Audacity to be Free

Lou Andreas-Salomé, the woman who enraptured 19th century Europe’s greatest minds, recounts her life to Ernst Pfeiffer in this German film directed by Cordula Kablitz-Post. A published novelist, poet and essayist, Salomé’s desire to live a life free from convention scandalized society but spurred genius and passion in others, including Friedrich Nietzsche, Paul Rée and her lover, the poet Rainer Maria Rilke. Under the tutelage of Sigmund Freud, she became the first female psychoanalyst.